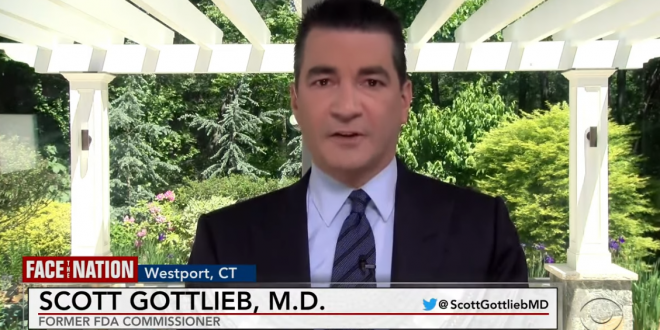 “We’re certainly going to see transmissions coming out of these gatherings, there’s no question about that,” former FDA Commissioner Scott Gottlieb said on CBS’ “Face the Nation,” noting that the prevalence of infection in the U.S. was currently about one in 200 people.

Gottlieb said that the closest parallel for which there is available scientific data is a German study of transmission at a large outdoor festival.

“The science showed there was about a two-and-half-times increase in the rate of transmission as a result of bringing people together in large gatherings,” Gottlieb said. “So we have some scientific basis to understand that these kinds of settings do create risk.”