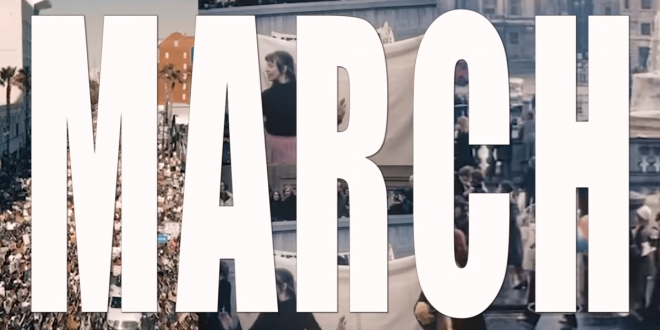 The Dixie Chicks have officially dropped the “Dixie” from their name. The iconic country-pop trio of Natalie Maines, Emily Strayer, and Martie Maguire are now simply called “The Chicks,” changing their website URL and their Instagram handle to the new name on Thursday. On their website, the trio only offered this statement: “We want to meet this moment.” Along with the name change, the Chicks released a brand new single, titled “March March.”

The protest song, produced by Jack Antonoff, combines a minimalist electronic beat with subdued instrumentation from Maguire’s fiddle and Strayer’s banjo. Lyrically, Maines addresses everything from Greta Thunberg and youth climate protests to gun violence and underpaid school teachers, over a music video that edits together footage from recent Black Lives Matter protests and police confrontations.

Note the rainbow flag and Stonewall footage amid the protest images in the video. Antonoff is perhaps best known as the guitarist from Fun, who in 2013 won Grammys for Best New Artist and Song Of The Year with “We Are Young.”