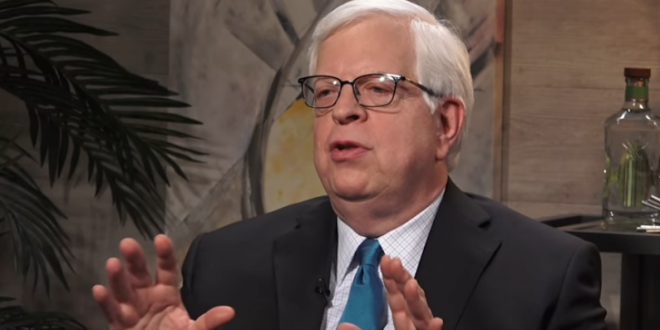 Dennis Prager: If The Left Really Cared About Blacks They Would Tell Them To Elevate Their Moral Standards

If the left cared about blacks, leftists would work to elevate all people, including blacks, not only to universal academic standards but also to universal personal/moral standards.

Perhaps the most obvious of these is that women should marry before having children, and men should stay in the lives of children they conceived — ideally as the husband of their mothers, but at least as a father, mentor and breadwinner.

If the left cared about blacks, they would encourage a vibrant religious life in the inner city (and everywhere else, for that matter). What proportion of black (or nonblack) murderers had attended church the Sunday before they committed murder? But the left despises traditional Judeo-Christian religions as much it despises America.

If the left cared about blacks, leftists would increase — not lobby and demonstrate to decrease — police presence in black neighborhoods, where blacks are murdered, raped and beaten in the thousands each year by other blacks — almost never by whites, whether policemen or anyone else.

Prager last appeared on JMG when he lamented that nobody says “Negro” anymore and that he can’t use the N-word.