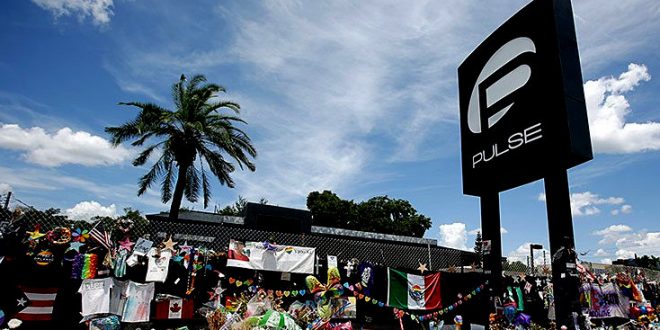 Four years ago today, 49 people were murdered in the single deadliest attack on the LGBTQ+ and Latinx communities in U.S. history. What should have been a night of celebration was overtaken by hatred and bigotry.

We will not let that hatred and bigotry prevent us from celebrating the lives of those we lost at Pulse and in far too many other tragedies since. This year alone, at least 12 transgender or gender non-conforming people have been murdered in senseless acts of violence.

We will not stop fighting until every American feels safe in their place of work, home, school, and community.

While Trump pays lip service to our communities, his record of betrayal is undeniable. Four years ago today, he took advantage of the tragedy at Pulse to attack immigrants and Muslims, as he has continued to throughout his presidency.

Instead of advocating for commonsense gun reform or equal rights, he sought to divide Americans during a crisis — as he has during today’s twin public health crises of coronavirus and systemic racism.

Throughout his presidency, Trump has uprooted LGBTQ+ rights, attacked our access to health care, separated families, and fanned the flames of bigotry and hate. We need Joe Biden as president to unite Americans and continue our long march toward a more equal country.