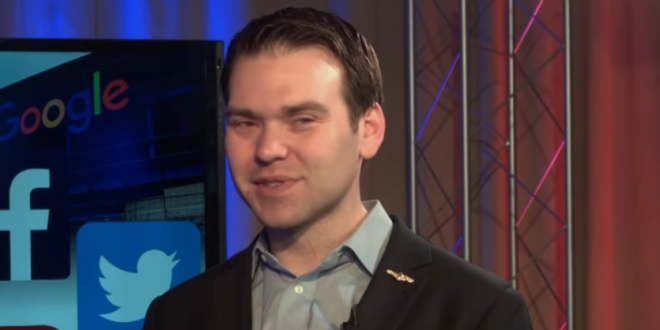 It was an image out of a Trump supporter’s fever dream: crates of pipe bombs stashed near the Korean War Veterans Memorial, amid tense protests at the White House and the surrounding streets. The suspects behind the explosives had fled, but federal law enforcement officers were right behind them.

The pipe bomb story was the brainchild of Jack Posobiec [photo], a right-wing personality who’s regularly retweeted by Donald Trump and who works for fledgling Trump cable network One America News. But the pipe bombs were totally made up.

U.S. Park Police spokesman Sgt. Eduardo Delgado told The Daily Beast in an email that the Park Police never discovered any pipe bombs near the memorial. Washington’s Metropolitan Police Department also had no reports of pipe bombs at the memorial, a spokesperson said Tuesday.

Hit the link for much more about Mr. Pizzagate.

Trump supporters are demanding mainstream media outlets report on the pipe bombs, or saying that the WH protesters deserved to be tear-gassed because they secretly had pipe bombs. But Posobiec’s claim is completely made up. https://t.co/I24aD6sWAt

Apparently @jackposobiec is still claiming his bogus pipe bomb story is real. Keep in mind, this would mean that both the Park Police and D.C. police are lying about the nonexistent “crates” of pipe bombs and an ensuing chase, while Mr. Pizzagate got the scoop. pic.twitter.com/24byRjupGB