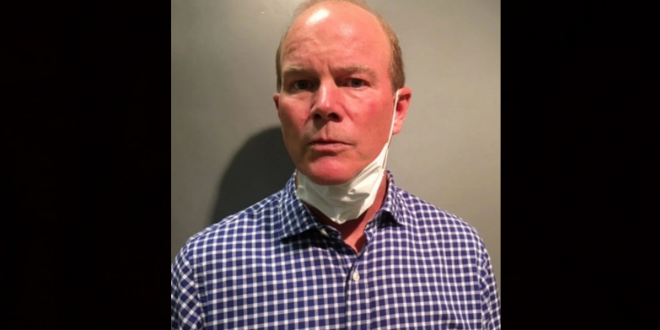 A cyclist on a Maryland trail who was captured on video roughly grabbing a young woman while she posted fliers against police brutality was arrested and charged Friday with three counts of second-degree assault.

The Maryland-National Capital Park Police said the cyclist, Anthony Brennan III, 60, of Kensington, Md., was tracked down after the agency received hundreds of tips from people who had seen the video, which has been viewed more than 29 million times on Twitter.

“I am sick with remorse for the pain and fear I caused the victims on the trail, and online,” Mr. Brennan said in a statement. “I am cooperating fully with authorities. I am committed to making amends by addressing, through counseling, the underlying issues that led to my abhorrent behavior.”

They were putting up signs to commemorate the death of George Floyd. He wasn’t having it. pic.twitter.com/eukrXrxoLN