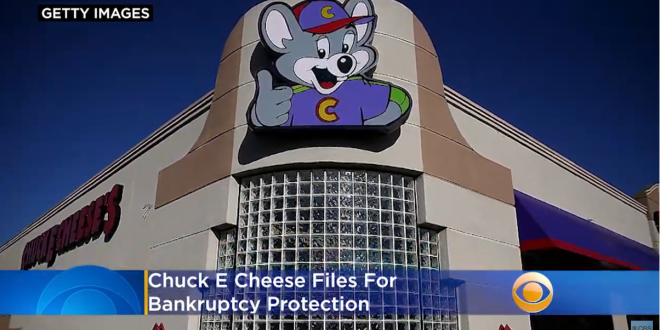 The Irving-based arcade and pizza restaurant chain filed for bankruptcy Thursday in the Southern District of Texas. The company claimed more than $1 billion in liabilities and listed 17 debtors. Franchises of the company are not included in the bankruptcy.

In a statement, the company claimed the prolonged closures caused by the coronavirus pandemic put a financial strain on the chain, facilitating a need for restructuring and re-organizing long-term plans. Many of the company’s 550 locations were operating as take-out only establishments.

Chuck E. trivia: In 2012 the mascot rat was rebranded as a “cool” guitar-playing mouse wearing skateboarder attire. Most of the locations have ditched animatronic characters for costumed live performers.