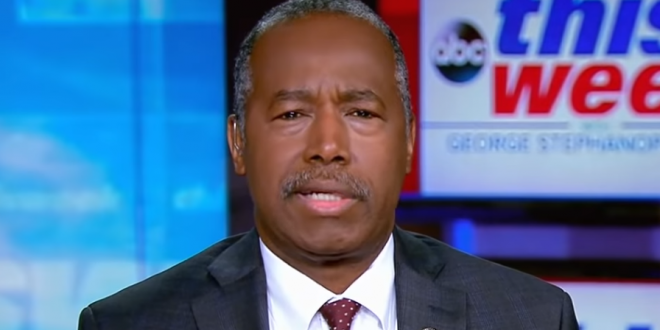 Housing and Urban Development Secretary Ben Carson on Sunday declined to back up President Donald Trump’s claim that he’s done more for the African American community than any president since Abraham Lincoln, saying the debate is “not productive.”

“To get into an argument about who has done the most probably is not productive, but it is good to acknowledge the things that have been done,” Carson said on ABC’s “This Week.”

Pressed by ABC News Chief Anchor George Stephanopoulos on Trump’s claim, Carson said it’s an “important thing for us to acknowledge what has happened in the past,” while also touting Trump’s record on criminal justice reform and funding for historically black colleges and universities.

JUST IN: In an interview with @GStephanopoulos, Secretary of Housing and Urban Development Ben Carson declines to back President Trump’s claim that he’s the best president for black America since Abraham Lincoln. https://t.co/MRHKNo8b2x pic.twitter.com/4gHgp308qM

Previous Kudlow: We Never Promised To Disclose Business Loans
Next Cuomo To Protesters: You Can Stop, You Won [VIDEO]