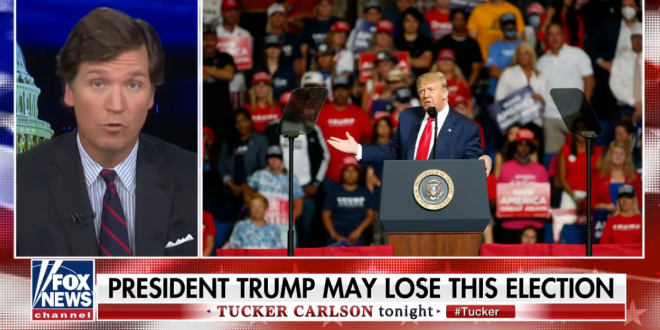 “The core appeal of Trump was if things ever started to fall apart, he would defend you. Yes, he was loud and crude. Most bodyguards are. Only a man like Donald Trump was tough enough to fight the creeping authoritarianism of the education cartel and corporate America.

“If Trump got elected, you could say what you really believe. The basic promise of America could be restored. You could live with dignity. Under Donald Trump, you wouldn’t be forced to mouth the lyrics to some repulsive little orthodoxy you hate.

“You could declare out loud that all lives matter because all lives do matter. God made us all, and if you can’t say that, what’s the point of living here? Donald Trump never quite articulated any of this in a precise way.

“He’s not an intellectual or an ideologue, but it was obvious he felt it strongly. Trump’s gut level instincts were on the side of order and tradition and stability, and they still are. And yet, when widespread looting and disorder arrived, the president did not act as decisively as many had hoped.

“He said little, he did less. Some voters felt undefended. Some turned against him. Why did this happen? Well, there are many reasons.

“Trump was exhausted, for one thing, after three years of defending himself against Russiagate, the most elaborate and effective hoax in American history. And his staff did not very much to help. Some of them were actively disloyal, most were just confused.” – Tucker Carlson.

Carlson told Trump the one thing that could turn his sagging poll numbers around was to charge protesters as domestic terrorists and frog-march them out in front of cameras. https://t.co/d7O2l9BIKr