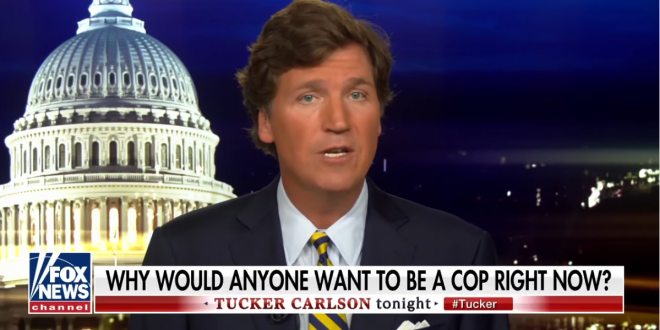 “Cops in Atlanta know exactly what’s going on, and what’s likely to happen next. There are reports tonight that many of them have walked off the job at the beginning of their shift. No doubt many will retire from the force and leave. The police chief has already quit.

“Who would want to enforce the law in a political environment like this? You make less than a plumber, everybody hates you, you could very easily get killed — you try to defend yourself, they charge you with murder. No way. No normal person would want that job.

“So, who’s going to take the job? Going forward we are going to get a lot of very bad people becoming police officers, and that’s one of the many ironies here.

“Pressure from the mob will not stop police brutality. It will almost certainly increase police brutality as the worst kind of people become police, because who else would want to?” – Tucker Carlson, on last night’s show.

Previous Perkins: Neil Gorsuch Has “Demoralized Conservatives”
Next Bolton: Putin Thinks He Can “Play Trump Like A Fiddle”