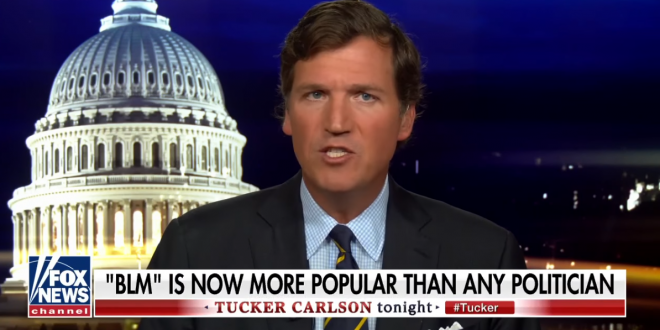 Carlson Laments That BLM Is More Popular Than Trump

Carlson goes on to attack Black Lives Matter as “working to remake the country and control it. He also claims politicians are “bowing before the movement.”