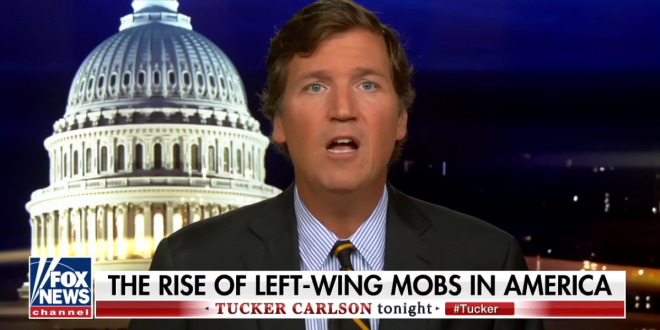 Fox News’ Tucker Carlson has taken aim at an unlikely figure in a rant about the Black Lives Matter movement in his Tuesday night monologue⁠—Elmo.

The anchor, 51, lashed out at the beloved Sesame Street character when discussing the controversy over his Monday night show, where he prompted backlash by saying the protests are “definitely not about black lives.”

Criticizing CNN and Sesame Street’s joint town hall special about George Floyd and the ensuing demonstrations against racism, Carlson said it was teaching children that “America is a very bad place, and it’s all your fault.”

“Not all streets are like Sesame Street. … What we are seeing is people saying ‘enough is enough.’ They want to end racism.”@Elmo’s dad Louie explains why people are protesting across the US. https://t.co/icV04F4FNW #CNNSesameStreet pic.twitter.com/1efrMAzZ8V