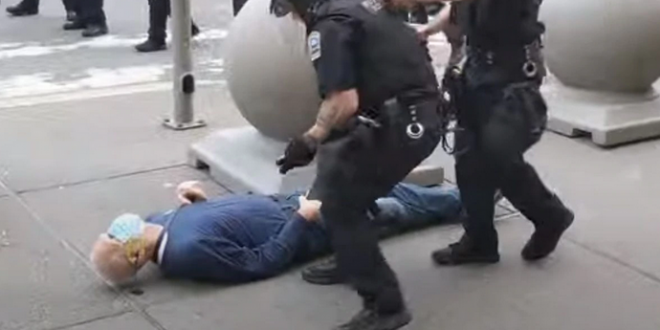 President Donald Trump put forth an unsubstantiated conspiracy theory Tuesday that Martin Gugino, a 75-year-old Amherst man injured in an incident with Buffalo Police last week, could be an “antifa provocateur.”

On Tuesday morning, Gugino declined comment in a text to the USA TODAY Network New York, saying only, “No comment other than Black lives matter. Just out of the ICU. Should recover eventually. Thx.”

Two suspended Buffalo police officers have been charged with assault and accused of intentionally pushing Gugino, who was seen bleeding from the back of the head after he hit the sidewalk.

Buffalo protester shoved by Police could be an ANTIFA provocateur. 75 year old Martin Gugino was pushed away after appearing to scan police communications in order to black out the equipment. @OANN I watched, he fell harder than was pushed. Was aiming scanner. Could be a set up?

Previous Archbishop Praises Trump For Battling The “Deep State,” Claims Conspiracy Is Behind Police Protests And COVID
Next Fauci: We’re “Still At The Beginning” Of The Pandemic