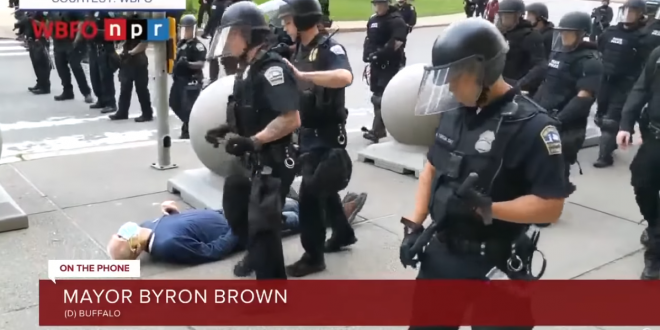 “He was in the area after the curfew. One of the things that happened before was conflict among protesters and there was a danger of fights breaking out, and police felt it was important to clear that scene for the safety of protesters.

“The instructions from police management was be careful, protect our residents and peaceful protesters and use common sense. He was trying to spark up the crowd of people. Those people were there into the darkness. Our concern is when it gets dark, there is a potential for violence.

“There has been vandalism, there have been fires set, there have been stores broken into and looted. According to what was reported to me, that individual was a key and major instigator of people engaging in those activities.” – Buffalo Mayor Byron Brown.