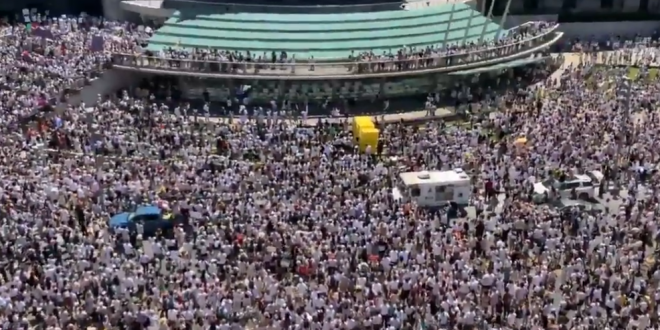 Protesters packed the courtyard of the Brooklyn Museum and surrounding parkway in New York City on Sunday in support of Black trans lives, merging the fight to protect two deeply marginalized groups.

The rally began about 1 p.m. in front of the museum, just a short walk east of Brooklyn’s Grand Army Plaza, as activists made speeches emphasizing the importance of human rights for Black trans lives. About two hours later, attendees began to march north, led by event organizers and Black transgender women in front.

A number of groups, including the Marsha P. Johnson Institute, The Okra Project and Black Trans Femmes in the Arts, co-organized Sunday’s rally and march. The rally came just days after two Black transgender women were killed in Ohio and Pennsylvania, each of which are being investigated as homicides.