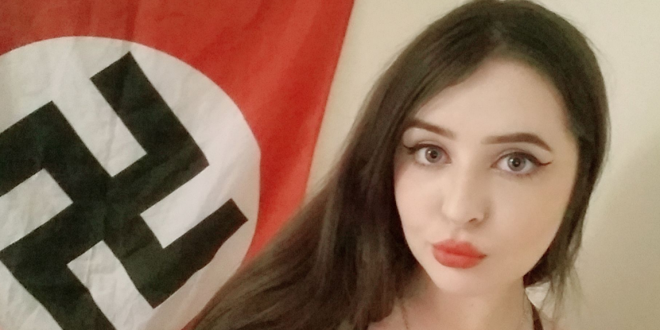 A “Miss Hitler” beauty pageant entrant and her ex-partner have been jailed for being members of the banned far-right terrorist group National Action. Alice Cutter, 23, and Mark Jones, 25, were convicted of membership of a terrorist group in March, alongside co-accused Garry Jack and Connor Scothern.

National Action, founded in 2013, was outlawed in 2016 after it celebrated the murder of Labour MP Jo Cox. Cutter was jailed for three years and Jones for five and a half years.

The court heard Cutter had entered the Miss Hitler beauty pageant under the name Miss Buchenwald – a reference to the World War Two death camp. She denied being a member of National Action, despite attending the group’s rallies, in which banners reading “Hitler was right” were raised.

The extreme right-wing group was banned in December 2016 by then-home secretary Amber Rudd, who described it as “racist, anti-Semitic and homophobic”.

Judge Paul Farrer QC told the four: “Following proscription [of National Action], you weren’t prepared to dissociate yourselves from the vile ideology of this group and therefore defied the ban and continued as members”.

A former “Miss Hitler” pageant entrant and her partner have been jailed in the UK for belonging to the extreme right-wing neo-Nazi group National Action. https://t.co/lcdToxDF9X

lots of focus in this case on Cutter being a “former Miss Hitler beauty pageant contestant”, like it’s something to snigger about

let’s not forget what they all are primarily – convicted neo-Nazis who could have committed unthinkable actshttps://t.co/kIMMqyMN1K