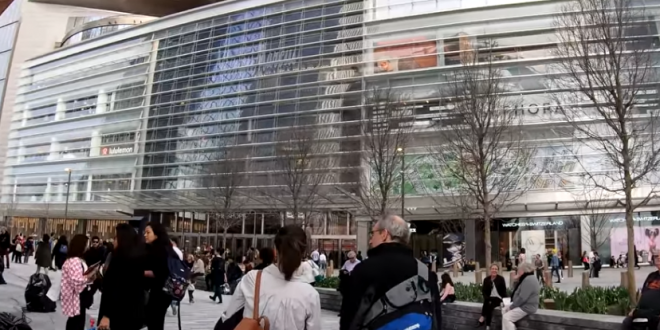 The Neiman Marcus store at Hudson Yards is being eyed for office space. Opened barely a year ago at the swanky mega mall it anchored on Manhattan’s West Side, the bankrupt luxury retailer is considering closing the store for good while its landlord shops the three-story, 188,000-square-foot space to office tenants.

That would comprise 40 percent of the mall’s square footage, and would represent a painful reversal for the developers, who shelled out a reported $80 million to build out the mall, known as the Shops at Hudson Yards, to woo Neiman, according to the site.

Previous TEXAS: Trump To Meet With Cops Ahead Of Fundraiser
Next Tulsa Police Major: Statistically, Police Aren’t Shooting Black People As Often As We “Probably Ought To Be”