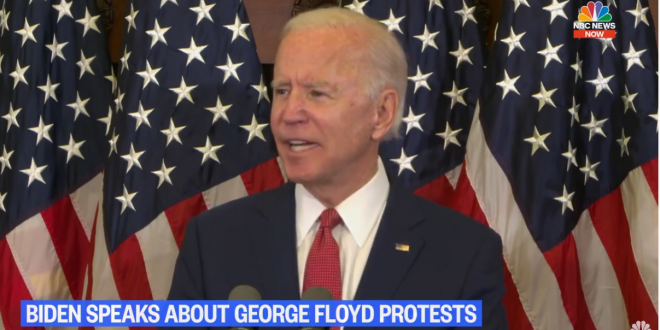 Joe Biden blistered President Donald Trump for directing authorities to drive back peaceful protesters outside the White House “in order to stage a photo op,” saying Tuesday that the commander in chief “is more interested in power than in principle.”

The presumptive Democratic presidential nominee delivered a speech in Philadelphia, addressing “the civil unrest facing communities across America.” Biden is working to elevate his voice in the national debate after more than two months of the campaign for the White House being frozen amid the outbreak of the coronarvius.

“When peaceful protestors are dispersed by the order of the president from the doorstep of the people’s house, the White House — using tear gas and flash grenades — in order to stage a photo op at a noble church, we can be forgiven for believing that the president is more interested in power than in principle,” Biden said.

“The President held up the Bible at St. John’s Church yesterday.”

“I just wish he opened it once in a while. If he opened it, he could’ve learned something.” – Joe Bidenpic.twitter.com/EOVMSiwAN5