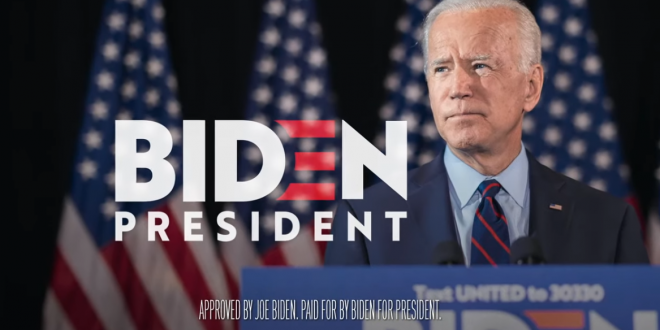 The presumptive Democratic nominee is putting up ads for five weeks in Arizona, Florida, Michigan, North Carolina, Pennsylvania and Wisconsin as well as on national cable outlets, including Fox News, a favorite of the president.