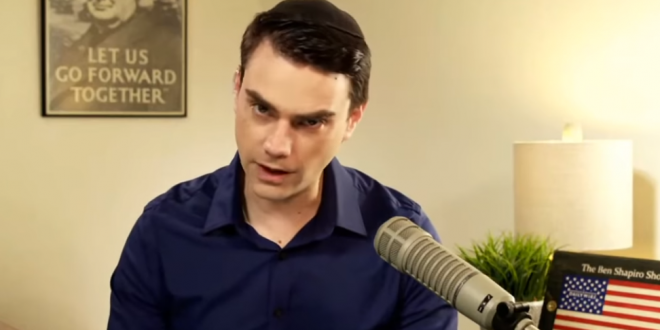 Shapiro: There’s No Such Thing As Systemic Racism

“And the only way that you can absolve yourself of having victimized this person you have never met and never done anything to is to acquiesce to the complete rewriting of America’s systems that generated this stuff in the first place, even if they’ve already been rewritten.” – Ben Shapiro, on his web show.

Previous GEORGIA: Jon Ossoff Wins Dem US Senate Primary
Next Trump: My SS Did A Great Job On Those DC Protesters