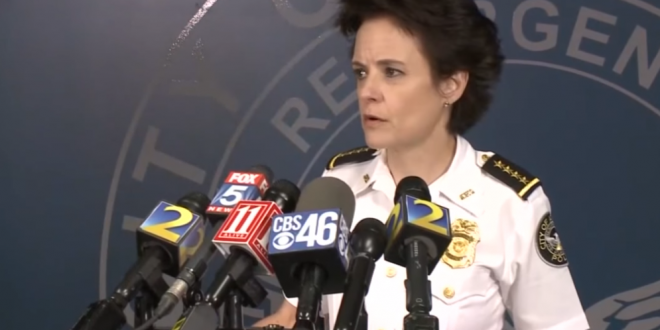 Rayshard Brooks, 27, was shot and killed after a confrontation with police outside an Atlanta Wendy’s. Video released by the GBI appears to show Brooks take a Taser from an officer, run from police and then fire it at them before he was shot.

Bottoms said Saturday that she believes it was an unnecessary use of deadly force and she has called on the officer’s immediate termination. The officer’s name has not been released.

According to the video, Brooks ran the length of about five to seven parking spaces before turning around and pointing the Taser at the officer, Reynolds said.

“At that point, the Atlanta officer reaches down and retrieves his weapon from his holster, discharges it, strikes Mr. Brooks there on the parking lot and he goes down,” Reynolds said.

BREAKING: VIDEO: A man was fatally shot by #Atlanta police overnight. There’s a struggle on the ground after state investigators say he resisted arrest after a DUI stop at a Wendy’s. The actual shooting is just off camera. pic.twitter.com/ShxriFNHS9