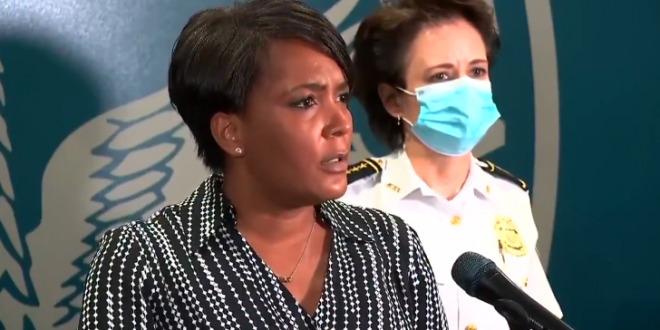 Atlanta Mayor: I Can’t Protect My Own Son From Cops

I frantically screamed into the phone to my teenage son: “Lance, WHERE ARE YOU?!” Social media posts were swirling that protests were being planned in Atlanta in response to the death of George Floyd, a black Minnesotan, while a police officer knelt on his neck.

Although as mayor, the chief of police reports to me, in that moment, I knew what every other parent to a black child in America knows: I could not protect my son. To anyone who saw him, he was simply who he is, a black man-child in the promised land that we all know as America.

With each passing second separating me from the peace of mind a mother feels having secured the safety of her children, I could not waste minutes articulating all of those things to my son. All I could say was, “Baby, please come home — now! It’s not safe for black boys to be out today.”

“Even as mayor, I know what every other parent to a black boy in America knows: My son is simply who he is, a young black man.” – Mayor @KeishaBottoms https://t.co/QwiLsyChTE