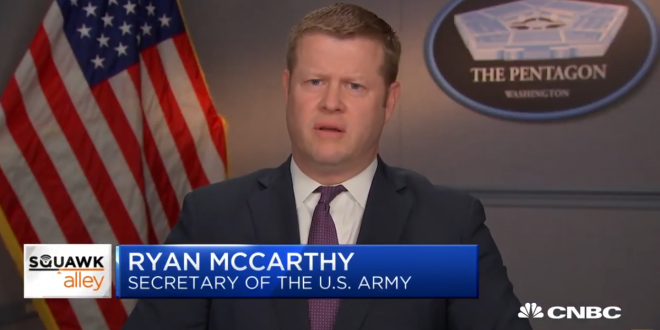 Army Secretary Ryan McCarthy is now “open” to renaming the service’s 10 bases and facilities that are named after Confederate leaders. “The Secretary of the Army is open to a bipartisan discussion on the topic,” Army spokesperson Col. Sunset Belinsky said Monday.

The recent uproar over the killing of George Floyd by Minneapolis police drove McCarthy’s reversal, one Army official said. The events of the past two weeks “made us start looking more at ourselves and the things that we do and how that is communicated to the force as well as the American public,” the official said.

An Army spokesperson told Task & Purpose in February that the Army has a “tradition” of naming installations and streets after “historical figures of military significance,” including both Union and Confederate leaders.

Bases that might be renamed include well-known locations Fort Lee, Fort Bragg, and Fort Benning.