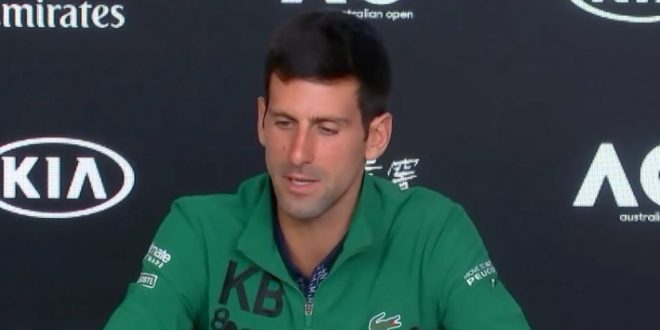 Djokovic, a vaccine skeptic, initially declined testing in Croatia after the tournament was canceled on Sunday before his media team announced Monday that he would undergo testing upon flying home to Serbia.

Djokovic said in April that he “is opposed to vaccination” and has criticized the “extreme” and “impossible” coronavirus safety measures planned for the US Open in the fall.

And the inevitable update:

Novak Djokovic, the men’s world No 1 tennis player, has tested positive for Covid-19, the Serbian said in a statement on Tuesday.

In the statement, Djokovic said: “I am extremely sorry for each individual case of infection. I hope that it will not complicate anyone’s health situation and that everyone will be fine.”