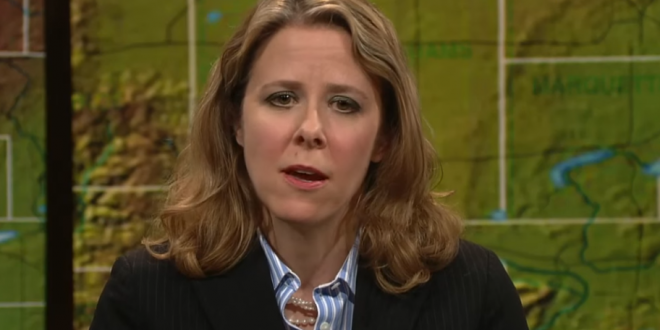 “My question for you is, where in the constitution did the people of Wisconsin confer authority on a single, unelected cabinet secretary to compel almost 6 million people to stay at home and close their businesses and face imprisonment if they don’t comply, with no input from the Legislature, without the consent of the people?

“Isn’t it the very definition of tyranny for one person to order people to be imprisoned for going to work, among other ordinarily lawful activities?” – Wisconsin Supreme Court Justice Rebecca Bradley, during a hearing of the lawsuit filed by Republican state reps against Democratic Gov. Tony Evers’ lockdown order.

Bradley is part of the court’s conservative 5-2 majority, which agreed Friday to hear the case directly, rather than require the Legislature to proceed through the lower courts. Bradley, along with Kelly, who was defeated in last month’s election, continued to hammer at Assistant Attorney General Colin Roth about the authority for creating the order, where the limits of authority exist for the DHS and its secretary-designee, Andrea Palm, and how the agency derives the power to punish those who violate the order. Roth appeared flustered at moments but said the power is in statutes created by the Legislature, which the Legislature could amend if it felt the need to do so.

CORRECTION: The bolded part above did not appear in the first draft of this post. Either the linked article has been updated or I screwed up in copying that excerpt. In any case, the meaning of the sentence is very different. My apologies.

Previous COVID+ Woman Jailed For Defying Quarantine Order, Dozens She Came In Contact With Now In Quarantine
Next Washington DC Eagle Out Of Business Permanently