“Please delete those tweets,” the widower begged in a letter last week to Twitter’s chief executive, Jack Dorsey. “My wife deserves better.” Yes, Twitter, Lori Klausutis certainly does deserve better, nearly two decades after she died in a tragic accident that has morphed into a macabre and continuing nightmare for her husband, Timothy Klausutis.  Mr. Klausutis deserves an answer from Mr. Dorsey, who has the unenviable task of sorting out what is perhaps unsortable, which is to say, the ugly heart of Twitter’s most famous customer.

While sources close to the company said executives had been trying to figure out what to do over the weekend, the company has at this writing been silent about this latest controversy involving Mr. Trump’s appalling and rule-breaking Twitter habit. The company tends to be hands-off when a Trump controversy erupts, relying on a tenet that he is a public figure and also that it cannot sort out what is truth and a lie and is therefore better off letting its community argue it out. 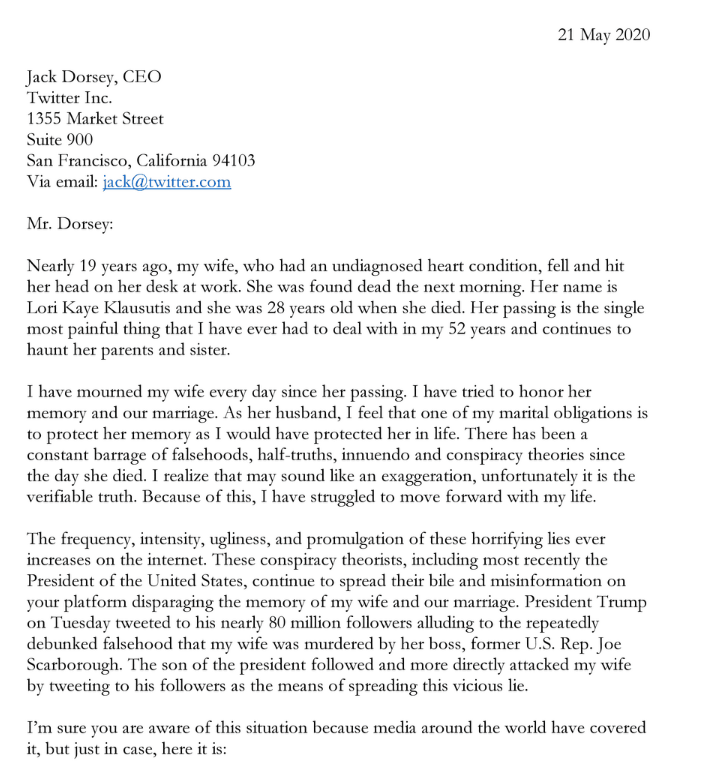 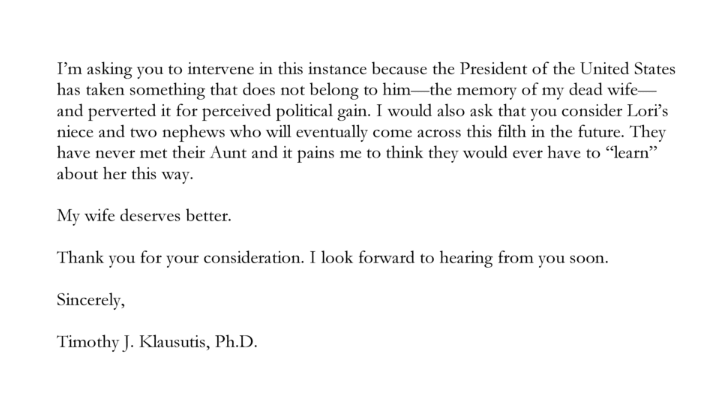