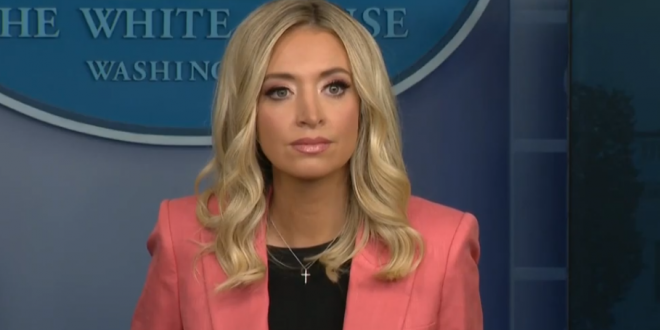 WH: Trump Can Vote By Mail Because He’s President

No surprise here: the first question to press secretary Kayleigh McEnany was about the president’s threat to withhold funding from states that are working to expand vote by mail. Asked what funding Trump was looking to withhold, McEnany dodged the question, saying, “I won’t get into exactly what the funding considerations are.”

The press secretary said the president “noted concerns about a lot of fraud that is potentially at play” when absentee voting is expanded, even though voter fraud is actually very rare.

When McEnany was pressed on the fact that Trump himself has cast an absentee ballot before, she said, “The president is, after all, the president.”

McEnany on Pres. Trump recently voting by mail even though he says he is opposed to voting by mail: “The president is, after all, the president, which means he is here in Washington. He is unable to cast his vote down in Florida, his state of residence” https://t.co/Nj065CIsxp pic.twitter.com/8UXCogFqnx