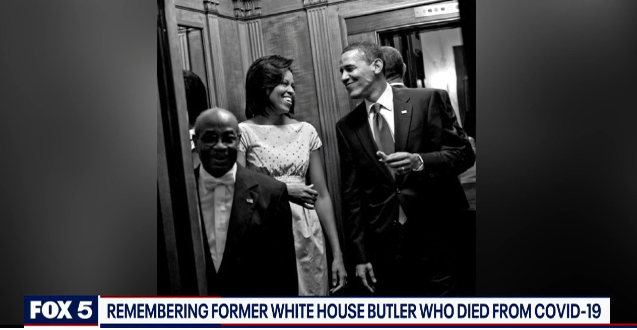 WH Butler For 11 Presidents Dies Of COVID At Age 91

Wilson Roosevelt Jerman, one of the White House’s longest-serving employees, died last weekend from COVID-19. He was 91. Jerman worked at the White House from 1957 to 2012 as a cleaner, a doorman, and butler. He served 11 presidents — from Eisenhower to Obama.

Granddaughter Jamila Garrett said in an interview with FOX 5 DC that that Jerman first began working at the White House as a cleaner under the Eisenhower administration in 1957.

She said it wasn’t until the former President John F. Kennedy came into office in the 1960s that her grandfather was promoted to butler after building a rapport with the first couple. “Jackie O actually promoted him to a butler because of the relationship. She was instrumental in ensuring that that happened,” Garrett said.