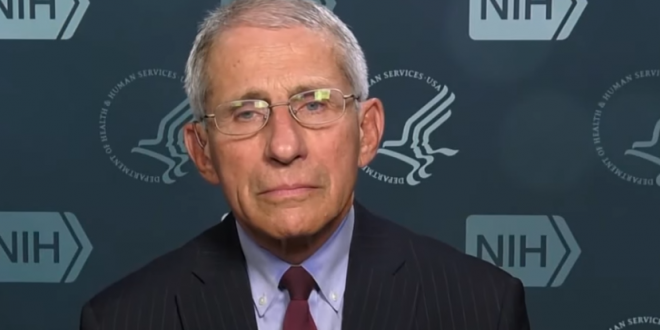 The White House is blocking Anthony S. Fauci from testifying before a House subcommittee investigating the coronavirus outbreak and response, arguing that it would be “counterproductive” for him to appear next week while in the midst of participating in the government’s response to the pandemic.

The White House issued a statement about Fauci’s testimony shortly after The Washington Post published a story Friday afternoon quoting a spokesman for the House Appropriations Committee, who said the White House was refusing to allow Fauci to appear at a subcommittee hearing next week.

“While the Trump Administration continues its whole-of-government response to COVID-19, including safely opening up America again and expediting vaccine development, it is counterproductive to have the very individuals involved in those efforts appearing at congressional hearings,” said White House spokesman Judd Deere.

Fauci is being allowed to testify next week before a Senate committee that is controlled by the Republicans.

Previous Tucker Carlson: Politicians Have Let An “Elderly Power Drunk Epidemiologist” Destroy Our Freedom [VIDEO]
Next Trump Is “Sticking Up” For Joe Biden On Assault Claim