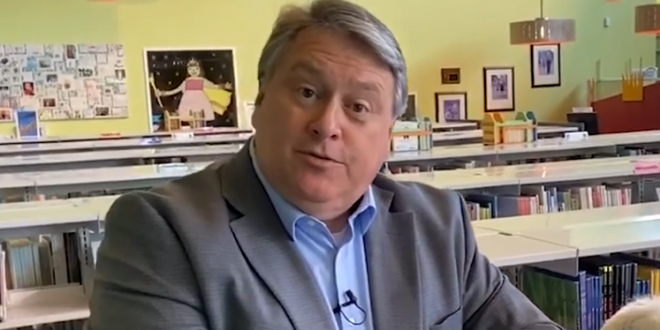 The email exchange began Thursday when a Councilmember and Mayor Pro Tem Jeff Forrester asked Mayor Hogue if a local missionary group could “come to our next meeting and lead us in prayer before the meeting.” Mayor Hogue agrees saying with one stipulation: “…that those leading the public prayer be young men.”

In the email, Mayor Hogue quotes a bible verse that says: “Let your women keep silence in the churches: for it is not permitted unto them to speak; but they are commanded to be under obedience as also saith the law. And if they will learn anything, let them ask their husbands at home: for it is a shame for women to speak in the church.”

Hogue, who is also a pastor at a local church, says in his 12 years as mayor he’s never allowed a woman to deliver a prayer. According to Hogue, complaints about his policy are a “political attack” because the next election has been delayed by the pandemic. He’s not running for reelection.
(Tipped by JMG reader Adam)