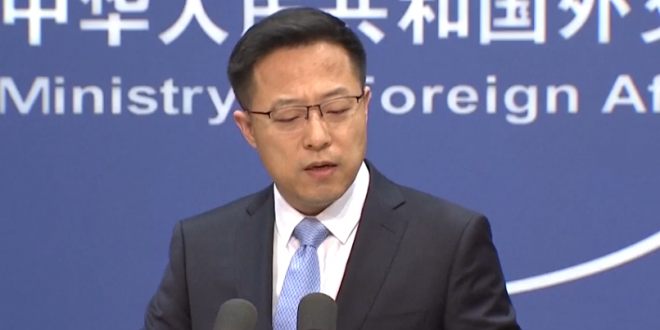 Twitter slapped a fact-check label on a pair of months-old tweets from a Chinese government spokesperson that falsely suggested that the coronavirus originated in the U.S. and was brought to Wuhan by the U.S. military, directing users to “get the facts about COVID-19.”

The labels were added after criticism that Twitter had fact-checked tweets from President Trump about mail-in voting, but not other false claims from Chinese Communist Party officials and other U.S. adversaries.

The New York Post reports it pressed Twitter to annotate Chinese Foreign Ministry spokesman Lijian Zhao’s tweets from March, arguing the fact-check warnings against Trump and no one else are a double standard.

Previous Graham To Judges: Resign Now So We Can Replace You
Next Trump Caves And Extends National Guard Deployment