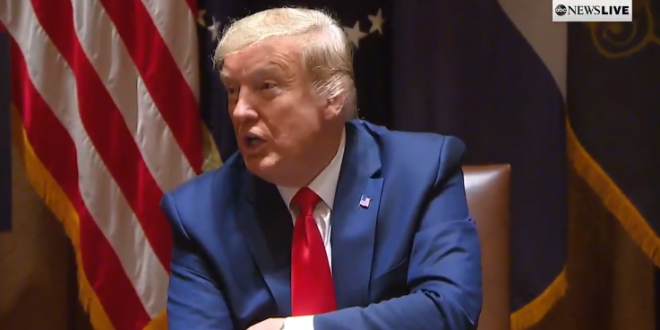 President Donald Trump voiced frustration Wednesday at the nation’s top infectious disease specialist after he warned a day earlier against reopening schools and businesses too quickly. “I was surprised by his answer, actually,” Trump said when asked about Dr. Anthony Fauci’s warnings during televised congressional testimony that reopening states too quickly could have dire consequences.

“It’s just — to me it’s not an acceptable answer, especially when it comes to schools,” Trump said. During an appearance before lawmakers on Tuesday, Fauci warned that students looking to return to campuses in the fall would likely not have a coronavirus vaccine available to them. “He wants to play all sides of the equation,” Trump said of Fauci on Wednesday during a meeting with the governors of Colorado and North Dakota.

President Trump says he was “surprised” by Dr. Fauci’s warning about reopening schools during the pandemic and says it’s “not an acceptable answer” https://t.co/Nj065CIsxp pic.twitter.com/oX2LkydkPp