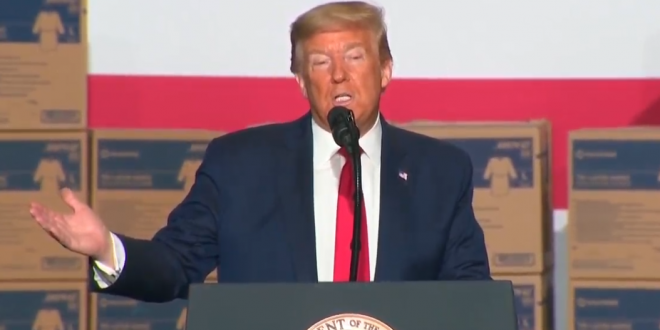 “We have the best testing in the world. Could be that testing is, frankly, overrated,” Trump said Thursday at a medical supply facility in Allentown, Pennsylvania.

Still, Trump acknowledged that he was in favor of increasing testing capacity no matter how “overrated it is,” but that even when more testing happened, “they say ‘we want more'” again. After all, Trump said “If we didn’t do any testing we would have very few cases” — or at least officially reported cases.

President Donald Trump griped about the pressure he faces to increase the ability to test people for coronavirus on Thursday, saying that testing might be “overrated” anyway. https://t.co/bww8pQJJIe

Here’s Trump saying that coronavirus testing might be “overrated” pic.twitter.com/4I36rRr7V5