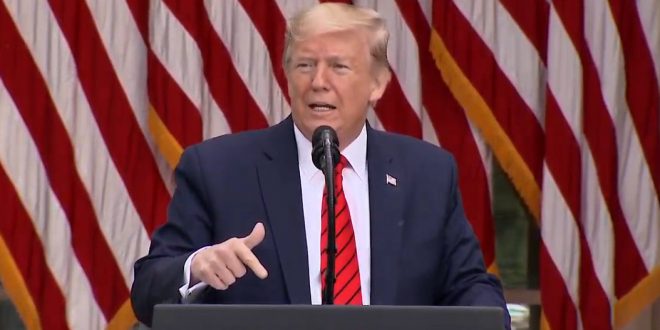 Trump Claims He Won’t Respond To Pelosi’s “Morbidly Obese” Comment: “I Think She’s A Waste Of My Time”

Speaking to reporters on Capitol Hill after the Senate Republican lunch, Trump said of Pelosi, “I don’t respond to her. I think she’s a waste of my time.”

Pelosi was asked yesterday about Trump using the anti-malaria drug, which he has touted as a potential coronavirus treatment despite little evidence to support that claim.

“He’s our president, and I would rather he not be taking something that has not been approved by the scientists, especially in his age group and his, shall we say, weight group … morbidly obese, they say,” she said.

Trump on Nancy Pelosi calling him “morbidly obese”: “I don’t respond to her. I think she’s a waste of time.” pic.twitter.com/hqCe5LjNxN

“It was a Trump enemy statement” — Trump dismisses doctors who have warned about possible bad consequences of hydroxychloroquine and insists he knows better pic.twitter.com/CiyTtOBJlu