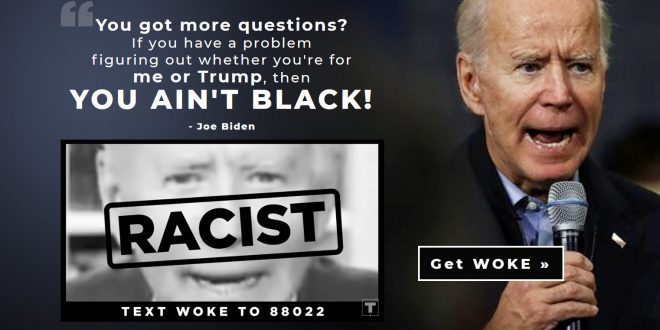 President Trump’s 2020 campaign has quickly created a new website as part of efforts to capitalize on a controversy that has engulfed Democratic rival Joe Biden — after the former vice president said that black Americans who have a hard time “figuring out” whether to support him or Trump “ain’t black.”

The website, with the logo “Black Voices for Trump 2020,” quotes the remarks in massive lettering, and includes a video that repeats Biden remarks with the word “racist” over his face and a number that supporters are encouraged to text “Woke.”

The website also includes a link not only to various social media sites for “Black Voices for Trump” but also a link to the Trump store, where supporters can now buy “#YouAintBlack” T-shirts.

Just to cap off what was, I’m sure, just an awesome day for @JoeBiden, we’ve unveiled our newest website.https://t.co/xjDG85n763

It’s a reminder that Biden thinks he owns the Black vote and that he can dictate what Black people do.#YouAintBlack