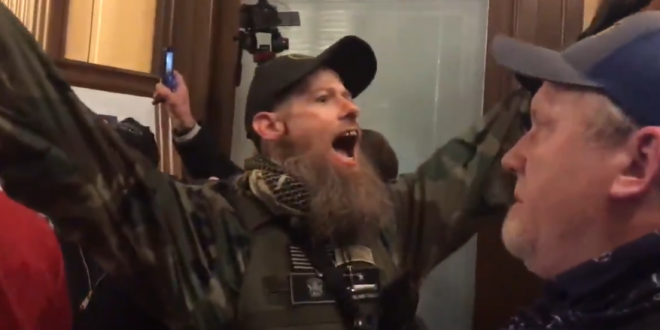 President Donald Trump backed protesters in Michigan in a Friday morning tweet, saying Gov. Gretchen Whitmer should “give a little, and put out the fire.” Hundreds of protesters gathered outside the Capitol in Lansing on Thursday, requesting to end Michigan’s state of emergency.

The Governor of Michigan should give a little, and put out the fire. These are very good people, but they are angry. They want their lives back again, safely! See them, talk to them, make a deal.

These are not protesters. They’re domestic terrorists. ARREST THEM.#MichiganProtest pic.twitter.com/5IdkgawlHQ

After the armed mob got into the Michigan statehouse they made their way to the chamber doors.

This is not a protest, or peaceful.

#whiteprivilege also why everyone else in the world thinks Americans are a bit dumb. #MichiganProtest pic.twitter.com/vFKNjdzdV4

This guy brought his assault rifle to protest the 6 ft social distance guideline for #Covid19…pic.twitter.com/esRBqwTkEN