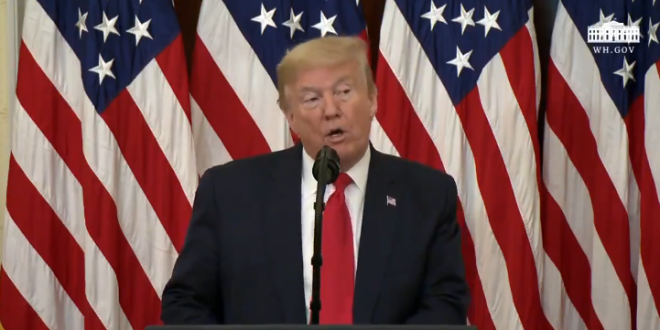 Trump Again Lies He Was “Michigan Man Of The Year”

President Donald Trump has a favorite way to illustrate what he says is the strength of his relationship with the critical swing state he is visiting on Thursday. He tells a story about how he was once named Michigan’s “Man of the Year,” though there is no evidence this ever happened.

It’s worth fact checking the tale again since Trump uttered it Wednesday for at least the sixth time as President.

Michigan has no such award. Read the full article.

Asked about the message he’s sending by threatening funding to Michigan while it’s going through a flooding emergency, Trump repeated what is possibly my #1 favorite Trump lie out of all the thousands of Trump lies: “I was honored as the Man of the Year in Michigan.”

Was interesting what former Republican congressman Dave Trott said last year when he contacted me to solve the Michigan Man of the Year mystery. https://t.co/U4KEWHVjUW pic.twitter.com/nAtj8XYRzt