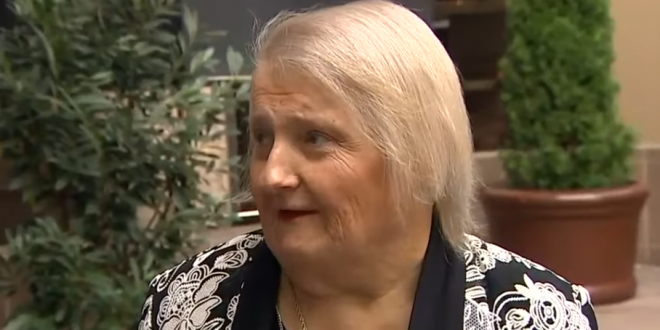 Trans Woman At Center Of SCOTUS Case Dies At 59

Aimee Stephens, the Detroit-area funeral home worker whose firing led to a Supreme Court case that could decide the employment rights of millions of transgender and gender-nonconforming people, died Tuesday, according to the American Civil Liberties Union, which was working on her case. She was 59.

Stephens had kidney disease for several years and required lengthy dialysis treatments. According to a GoFundMe set up last week to fundraise for her end-of-life costs, being fired from her job in 2013 contributed to “several years of lost income” that her family has been unable to recoup.

After coming out to her employer as transgender in 2013, Stephens was fired. She later sued and her case, Stephens v. R.G. & G.R. Harris Funeral Home, eventually became part of a combined LGBTQ employment rights case that was heard by the justices in October. The Supreme Court is set to issue its ruling in the case soon.

Those who met Aimee Stephens know that her power was in her humbleness and sincerity.

She has been an inspiration to millions of people around the world.

We mourn with Aimee’s wife Donna, their daughter Elizabeth, and all of you.

And we honor her life by fighting onward. pic.twitter.com/lzkmxviimv

BREAKING: A transgender woman at the center of a major civil rights case has died after a battle with kidney disease.

Aimee Stephens was 59. She was fired after revealing she was trans. The Supreme Court is deciding if discrimination law protects her, a ruling is set for June. pic.twitter.com/WWVWiEZuYS

Aimee’s landmark case is currently pending a decision by the Supreme Court on the rights of transgender workers.

We won’t stop fighting for you, Aimee, and for all LGBTQ employees. https://t.co/N0108IEhi5

“Somebody’s gotta do it” — Aimee Stephens, after bringing the first transgender rights case to SCOTUS

Thank you for being the one to do it. We will continue your fight with your words and actions in our hearts. https://t.co/5AnnPZvk0V