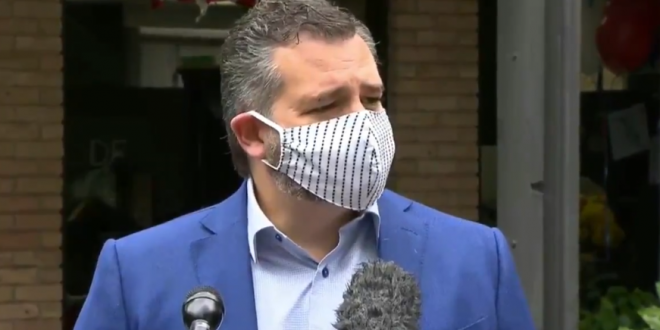 Cruz visited on the first day salons were legally allowed to open, saying he was proud to support Luther. Luther, crying, thanked Cruz for his support. “When people reach out with true authenticity, it’s huge,” the salon owner said. Both wore masks throughout the visit.

Former Alaska Gov. Sarah Palin also paid a visit to the salon in a show of support on Wednesday, while Luther was still in jail. Texas lawmakers rushed to Luther’s defense after she was ordered to serve seven days’ jail time.

#NEW Standing outside Salon A’ La Mode after getting a haircut, #Texas @SenTedCruz says he is proud to support owner Shelley Luther. @CBSDFW pic.twitter.com/D42Z40gsx2

#NEW Salon A’ La Mode owner Shelley Luther says she’ll use the money from her gofundme account, now $500,105, to pay her legal bills. She says she’d also like to help the 2 women who were arrested in Laredo last month after they were accused of offering cosmetic services. @CBSDFW pic.twitter.com/Rl3f3NemSd