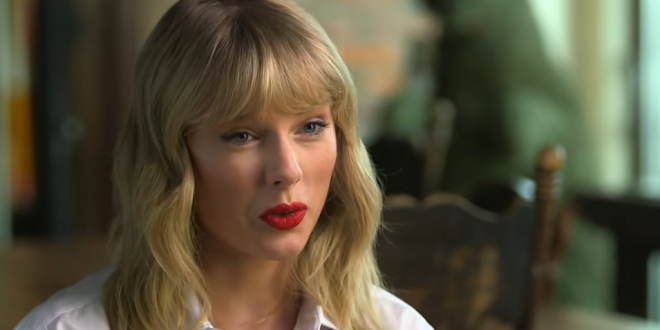 Taylor Swift Rages At Trump: You’ve Stoked The Fires Of White Supremacy And Racism, “We Will Vote You Out”

Taylor Swift took aim at President Donald Trump Friday, calling him out after he tweeted about shooting looters in Minneapolis. In a tweet that Twitter flagged for violating the site’s rules regarding “glorifying violence,” Trump referred to looters as “thugs” and said he’d offered military assistance to Minnesota Gov. Tim Walz.

Swift’s tweet had been retweeted more than 143,000 times by midday Friday. The tweet had more than 556,000 likes. Trump did not immediately respond to Swift and the White House has not issued any formal response to the singer. This isn’t the first time Swift has gone after Trump.

After stoking the fires of white supremacy and racism your entire presidency, you have the nerve to feign moral superiority before threatening violence? ‘When the looting starts the shooting starts’??? We will vote you out in November. @realdonaldtrump

Taylor swift. Showing more leadership than elected officials. Showing more integrity than men and women twice her age and experience. Unafraid to lose fans for standing up for what is actually right. She’s got more guts than a lot of my colleagues who are silent and complicit.

Previous BREAKING: Killer Minneapolis Cop Has Been Arrested
Next NYC “On Track” For Phase 1 Opening Week Of June 8