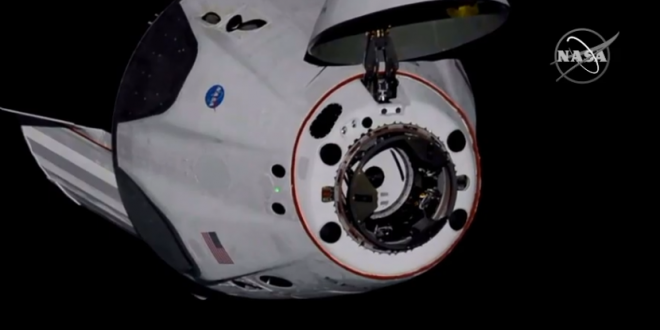 Astronauts Robert Behnken and Douglas Hurley have officially arrived at the International Space Station. After a historic launch from Kennedy Space Center in Florida on Saturday, the astronauts aboard SpaceX’s Crew Dragon spacecraft synched up with the space station Sunday morning.

The spacecraft made a careful approach, easing its way toward its destination over the course of 19 hours. At 10:16 am ET on Sunday, the vehicle made a “soft capture” — meaning Crew Dragon made its first physical contact with its docking port at the International Space Station.

Crew Dragon will now make a “hard capture,” which involves using 12 latches to create an air-locked seal between Behnken and Hurley’s crew cabin and their entrance to the space station. The astronauts are expected to exit Crew Dragon around 12:30 pm ET.

Docking confirmed – Crew Dragon has arrived at the @space_station! pic.twitter.com/KiKBpZ8R2H