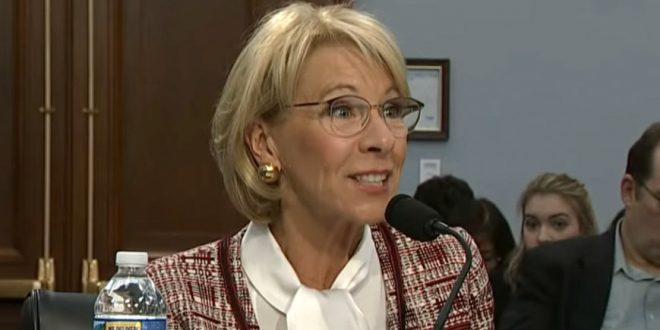 Education Secretary Betsy DeVos on Wednesday issued final rules for how public and private schools and colleges must address allegations of sexual misconduct, locking in protections for accused students and faculty but tempering earlier proposals that critics said would harm victims of assault and harassment.

The rules preserve Ms. DeVos’s broad goals in overhauling Title IX, the 48-year-old federal law that prohibits sex discrimination in programs that receive federal funding, by infusing legal standards in disciplinary proceedings that have been left largely to schools to navigate.

The new regulations narrow the definition of sexual harassment and require colleges to hold live hearings during which alleged victims and accused perpetrators can be cross-examined to challenge their credibility.

Today @usedgov took historic action to ensure all students are safe to learn and achieve. Our new #TitleIX rule provides new and meaningful protections for survivors of sexual harassment/assault & balances the scales of justice on campuses across America: https://t.co/gG5VCn1U4E

Raise your hand if you have ever been personally victimized by Betsy Devos. pic.twitter.com/CaGHrbzX7e

No one should be pushed out of school for experiencing violence — but that is exactly what the Trump administration’s weakened Title IX rule will do to students.

Previous UTAH: 68 New Cases Traced To Two Defiant Businesses
Next Trump Defends Virus Response: I Have A Lot Going On