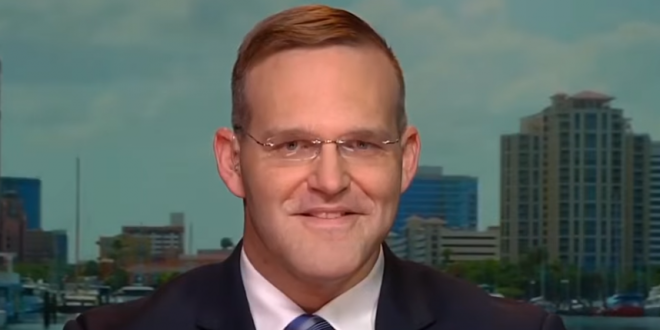 An attorney that once represented former Alabama Chief Justice and Senate candidate, Roy Moore, was arrested Thursday night in Gainesville. Alachua County Deputies arrested Trenton Rogers Garmon, 40, after they were called to the Hotel Indigo in Celebration Pointe about a man causing a disturbance. As deputies arrived staff told them that the disturbance was coming from the 4th floor, saying a man was screaming racist profanities at some of the hotel guests.

While deputies were getting on an elevator, they could hear a man screaming coming from the 4th floor. Before they arrived, they heard Garmon in an adjacent elevator that opened up back in the lobby. Deputies that were in the lobby witnessed Garmon verbally berating the two patrons with racial slurs and cuss words. The Deputies stopped Garmon when he began backing the two patrons into a corner of the elevator.

Garmon was charged with resisting arrest and public intoxication. He last appeared on JMG in June 2019 when he was arrested on DUI and drug charges. He also appeared here during Moore’s Senate bid when he told MSNBC’s Ali Velshi that considering the host’s “diverse background,” he should understand dating the underage. Velshi was born in Kenya to parents of Indian descent and grew up in Canada.

NOTE: It’s hard to believe his mugshot is the same guy.