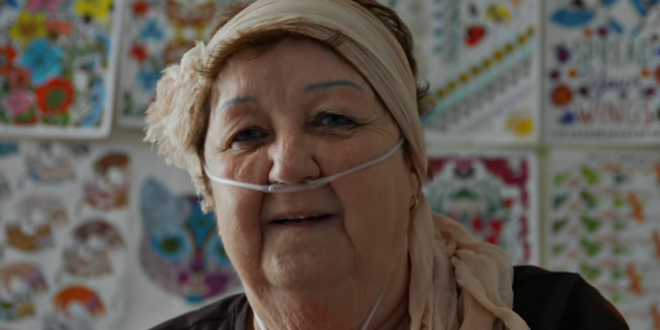 In its final 20 minutes, the documentary film AKA Jane Roe delivers quite the blow to conservatives who have weaponized the story of Jane Roe herself—real name, Norma McCorvey—to argue that people with uteruses should have to carry any and all pregnancies to term.

“This is my deathbed confession,” she chuckles, sitting in a chair in her nursing home room, on oxygen. Sweeney asks McCorvey, “Did [the evangelicals] use you as a trophy?” “Of course,” she replies. “I was the Big Fish.” “Do you think you would say that you used them?” Sweeney responds.

“Well,” says McCorvey, “I think it was a mutual thing. I took their money and they took me out in front of the cameras and told me what to say. That’s what I’d say.” She even gives an example of her scripted anti-abortion lines. “I’m a good actress,” she points out. “Of course, I’m not acting now.”

At the link (definitely read the FULL article) it’s shown that McCorvey was paid over $450,000 to disavow her pro-choice stance, a sum even her former evangelical handlers confess to being true.