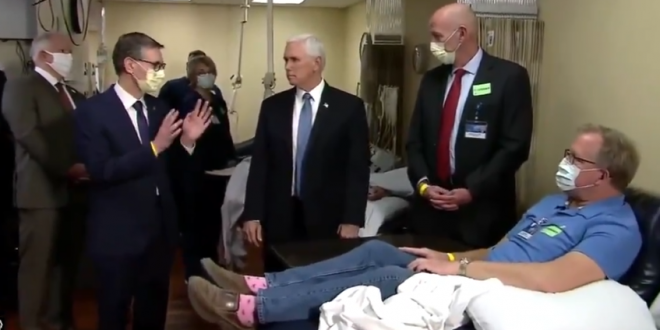 Vice President Pence’s office has threatened to retaliate against a reporter who revealed that Pence’s office had told journalists they would need masks for Pence’s visit to the Mayo Clinic — a requirement Pence himself did not follow.

Pence’s wife, Karen Pence, said in an interview with Fox News on Thursday that he was unaware of the mask policy until his visit was over. But Steve Herman, who covers the White House for Voice of America, suggested that there was more to the story after Karen Pence’s interview.

The tweet apparently enraged Pence’s staff, which told Herman that he had violated the off-the-record terms of a planning memo that had been sent to him and other reporters in advance of Pence’s trip.

All of us who traveled with him were notified by the office of @VP the day before the trip that wearing of masks was required by the @MayoClinic and to prepare accordingly. https://t.co/LFqh27LusD