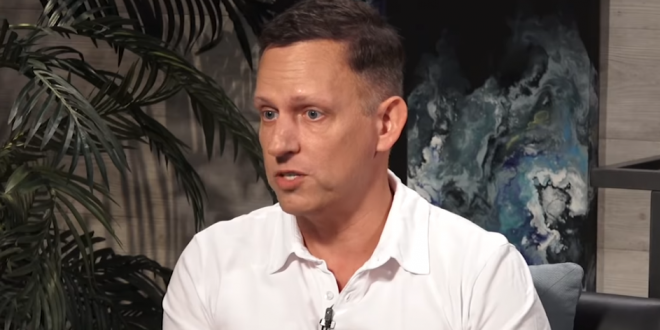 REPORT: Thiel Has “Ghosted” On Trump Over COVID

One person in [Peter] Thiel’s circle tells The Daily Beast that Thiel has been “shit-talking” Trump over what he views as the president’s hamfisted and botched handling of the pandemic that has resulted in a stalled economy, massive job losses, and a U.S. death toll approaching 90,000.

“He ghosted us,” a senior 2020 Trump campaign source said bluntly. “If anything [new] has happened, I haven’t heard about it.”

There’s MUCH more at the link. No paywall. As you may recall, billionaire Thiel was one of Trump’s most prominent boosters in 2016 and delivered a fiery speech at that year’s GOP convention, drawing cheers when he declared himself to be a proudly gay supporter. And while Thiel may have gone publicly silent on Trump and has made no donations since 2018, his data-mining firm continues to rake in contracts from the Trump administration.