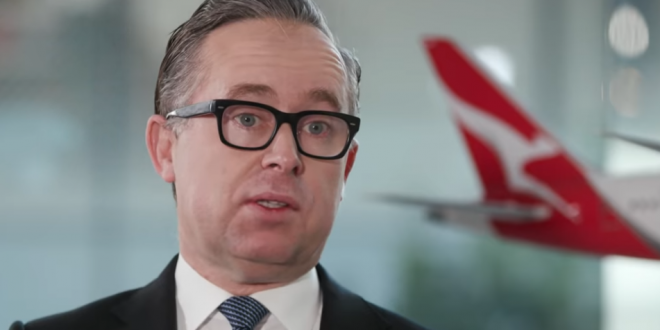 The CEO of Australia’s largest airline said Tuesday the company does not plan to enforce social distancing measures on planes due to concerns that doing so would require high increases in passenger fares.

The announcement by Qantas Airlines Limited’s Chief Executive Officer Alan Joyce came as airlines around the world work on strategies to increase in-flight COVID-19 protections as countries begin lifting restrictions put in place in response to the pandemic.

Citing Australia’s social distancing recommendations, which encourage individuals to retain a 1.5-meter distance, approximately 4.9 feet, from one another, Joyce said a 180-seat Qantas flight would only be able to seat 22 passengers if it followed the guidelines.

“That means airfares are going to be eight to nine times more than they are today,” he said. “It economically will not be justified.”

The airline will introduce measures on board from June 12 such as providing masks and cleaning wipes to ensure safe travel and give passengers peace of mind during the pandemic, but will not leave middle seats empty.

Joyce, who is openly gay, last appeared on JMG when an anti-LGBT activist smashed a pie in his face after the airline endorsed same-sex marriage in Australia.

Previous Pharma Giant Discontinues Baby Powder Amid Lawsuits
Next Hannity: Worst Side Effect From Trump’s Drug Is A Rash