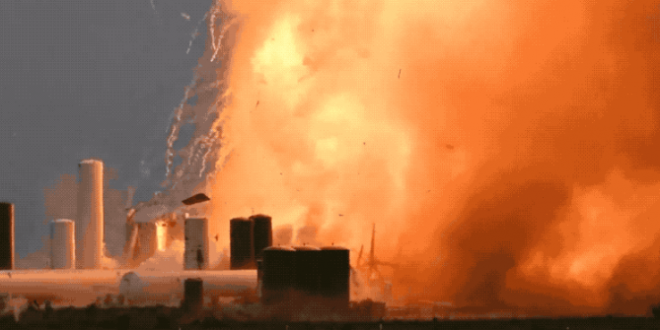 This was a test in the development of Starship, a new spacecraft that SpaceX has been developing in Boca Chica. Eventually, the company hopes to use it to replace its Falcon 9 and Falcon Heavy rocket, but Starship is still very early in its development phase, whereas those vehicles are flight-proven, multiple times over.

The SpaceX Starship rocket prototype SN4 exploded after an engine test this afternoon in Texas.

Not the rocket preparing to take astronauts to the ISS. Just to be crystal clear on that. https://t.co/FvgqpE8Dmy

I want everyone to understand this about the SpaceX and NASA partnership, the idea is to privatize the earnings (scientific discoveries) while socializing the losses (the cost of Elon Musk blowing up rockets over and over). https://t.co/5oPo6hoGyR