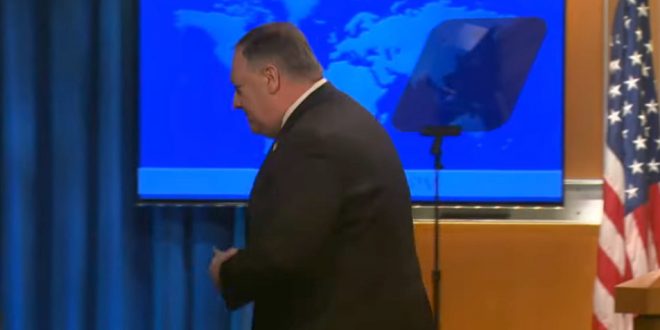 Secretary of State Mike Pompeo on Wednesday lashed out at Democrats investigating him, particularly Sen. Bob Menendez, as he defended his recommendation to President Donald Trump to fire the State Department’s internal watchdog.

Pompeo has come under intense scrutiny since Trump followed through on his Cabinet official’s urging to fire Inspector General Steve Linick.

“This is all coming through the office of Senator Menendez,” Pompeo said at his first on-camera press briefing since Trump fired Linick on Friday night. “I don’t get my ethics guidance from a man who was criminally prosecuted,” he said of Menendez before abruptly ending the briefing.

Previous MSNBC’s Mika Brzezinski To Have Meeting With Twitter CEO On Deleting Trump’s Account For “Murder” Claims
Next Lupus Patient Believed Trump About Drug, Has COVID