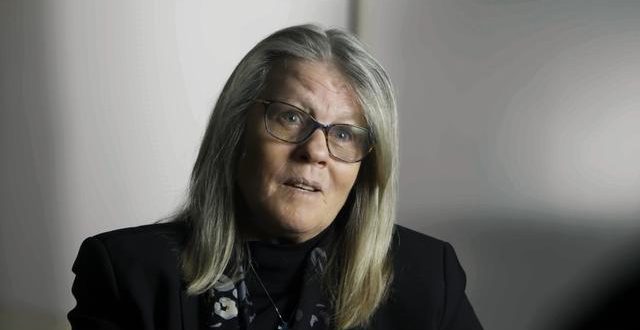 Social media networks are working to remove or stop the spread of a viral pandemic conspiracy video that contains false, misleading or unproven claims about Covid-19.

The roughly 26-minute “Plandemic Movie” video claims to be an excerpt of a larger documentary to be released this summer and contains claims about the origins of the virus and how it spreads.

The video tries to argue that the coronavirus pandemic was created to make profits off vaccines. Among other claims that defy advice of medical experts, it suggests that sheltering in place harms consumers’ immune systems and that masks can make people sicker.

In a matter of hours, the video became one of the most widespread pieces of coronavirus misinformation, drawing millions of views across major technology platforms. Its success underscores how misleading information about the coronavirus crisis continues to circulate, with some indications that growing fear and frustration are making conspiracy theories more appetizing to a larger audience.

In the film, Judy Mikovits, a prominent anti-vaccine advocate, promotes conspiracy theories about the coronavirus outbreak — its origins, treatments and government responses — couched in claims of an ongoing war with Dr. Anthony Fauci, the director of the National Institute of Allergy and Infectious Diseases and the most vocal proponent of emergency measures on the White House coronavirus task force.

The coronavirus-related theories Mikovits presented defy accepted science and wilt under scrutiny, according to dozens of experts who spoke up after “Plandemic” trended this week. She falsely claims that wealthy people intentionally spread the virus to increase vaccination rates, and that wearing face masks is harmful.

In 2009, Mikovits was fired from her job leading a research institute, arrested for theft and sued by her former employer. Meanwhile, she doubled down on debunked theories linking retroviruses that originated in mice and medical conditions ranging from chronic fatigue syndrome to autism.

In the weeks before the “Plandemic” trailer launch, she had been positioning herself as an expert and an anti-Fauci voice in interviews with conspiracy-hawking and far right-leaning websites like the Epoch Times and the Gateway Pundit.

Plandemic is part of a disturbingly successful trend in which deep-pocketed purveyors of pseudoscience produce slick, professional videos as credible-appearing documentaries.

The lighting, narrative structure, the pacing, use of imagery, camera angles, editing techniques—these are all common documentary filmmaking conventions that we’ve come to associate with factual information.

The people producing this video know what they’re doing, and they’re very good at it. On a subconscious level, no matter what words are being said, this video feels factual simply because of how it was produced. It’s intentionally manipulative. It’s a textbook example of effective propaganda.

Produced by a company called Elevate, “The Plandemic” deftly weaves together several strands of rumors that have circulated since the beginning of the coronavirus outbreak, doing so with high production values and a sheen of unearned authority.

It’s not the first piece of viral content made by the man who produced it, Mikki Willis, who received media coverage in 2015 for buying his son an Ariel doll as a birthday present. In March 2019, Fox News covered his upcoming documentary about Nicholas Sandmann, the student at the center of the Covington Catholic High School controversy.